Born in Barcelona in 1985, Enric Sant lived with his family, and for a long time he was permeated by his contact with nature; while he was studying and getting a degree in visual arts.

At the age of 16, Enric Sant got involved with graffiti. He met Poseydon, Aryz, Grito and Registred, with whom he formed the collective “Mixed Media”, still active and internationally recognized.

Curious to know about the different artistic and creative media, Enric Sant became more involved in everything that could fuel his creativity: science fiction movies, comics, cartoons and great masters such as Velázquez and Rubens, for whom he has great admiration. Little by little he developed his own style. He began to create more and more grotesque works. And the “flesh”, the body, the figure… The human being represents the main axis of his artwork.

In 2014, the Montana Gallery in Barcelona offered his first solo exhibition. With the help of his wife and his artist friends, he began a production of artwork, in which he started a creative liberation, trying to step out of the grotesque style. This is when he developed two new approaches to his work: one is focused on the creation of characters, and the other one is about improvising. Dominating the act of painting, he plays with light; a recurring theme in his art.

Sometimes disturbing, but especially intriguing, Enric Sant seeks to question our condition as human beings. His incisive style, as well as disciplined, reveals incessantly, in each of his works, his own intrinsic motivations. 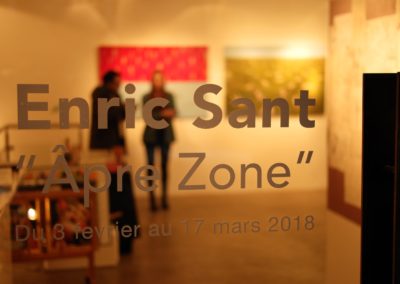 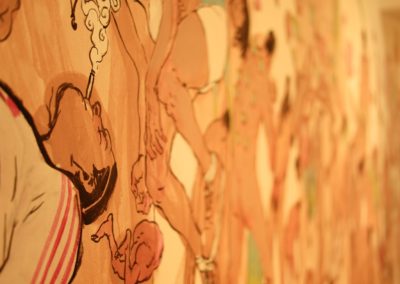 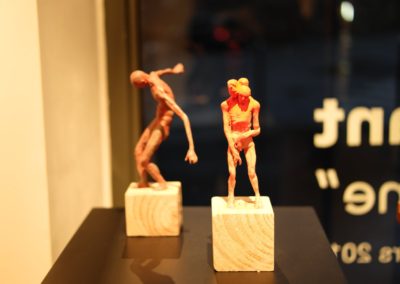 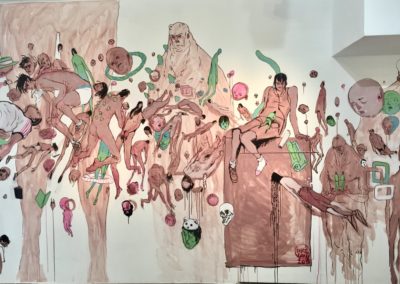 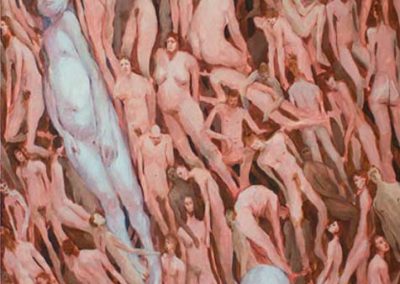 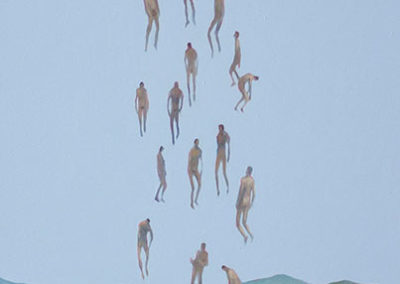