From September 21st to October 19th, Thai artist Jirasak Anoujohn will be exhibiting for the first time in Europe at ADDA & SARTO
located at 35 Avenue Matignon, 75008 Paris. The exhibition, titled “C’est La Vie” is curated in collaboration with Sarto, an art advisory and gallery service established in 2010 by Axel Rondouin in Paris, France.
Jirasak Anoujohn was born in 1980 in Lopburi, Thailand and holds a Bachelors of Arts from Rajamangala University of Technology Thanyaburi in Bangkok, Thailand.
Anoujohn began his career with oil paintings. His subjects were nude portraits and landscapes. After struggling with Thai based art businesses, he adapted his passion for creativity from artist to art teacher, working at The Art Institute in Lopburi.
After a few years of teaching, Anoujohn strived to enter the art market once again by adapting his style towards his newly developed technique; charcoal drawing. His work demonstrates the life experience and passage of time through the wrinkles of the elderly.

Anoujohn’s desire for working with charcoal is to create dramatic and realistic drawings thus allowing for high-contrast images which are both visually bold and emotionally expressive to be produced.
Anoujohn combined his beliefs in Buddhism with his work by portraying the elderly into a state representing, “see no evil, hear no evil, speak no evil,” accentuating the Buddhist traditions of never dwelling on evil thoughts.
Quickly Anoujohn’s work was recognised, and his efforts of rendering elderly portraiture enabled his success and winnings in several national art competitions. Anoujohn’s technique and ability to portray his inspirations through charcoal constantly captures the eyes of his audiences.
It is a privilege for ADDA & SARTO to represent this humbling, talented and passionate artist. We are extremely honoured to reveal his work on the most established art avenue in Paris.
We hope “C’est la Vie,” will shed some light on the skills of Thai artists, and expose the imbalanced and inequitable divisions between Asian artist talent and the rest of the artist population. 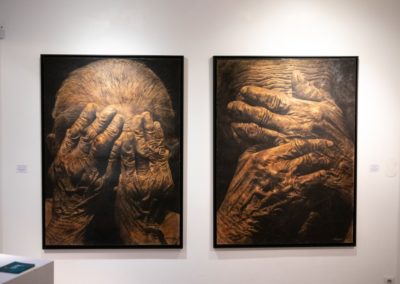 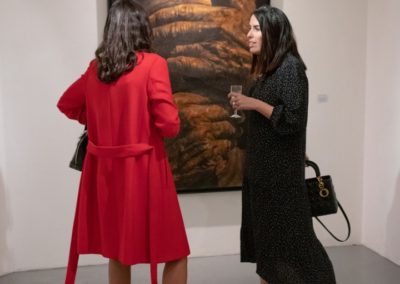 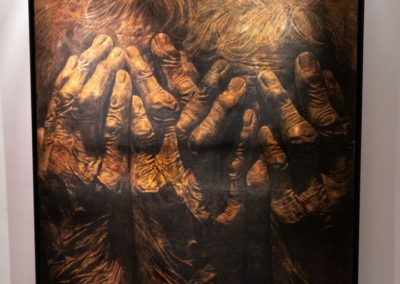 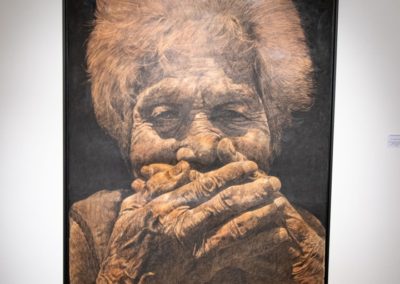 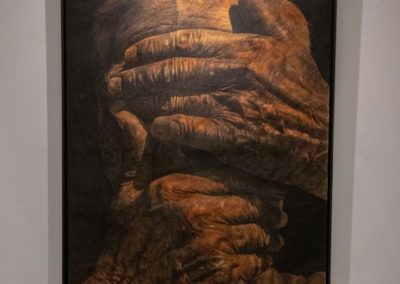 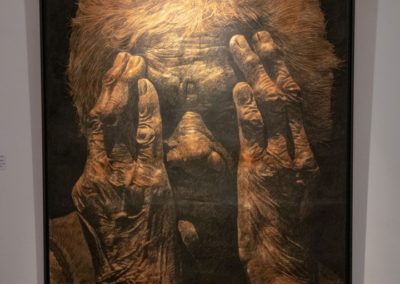 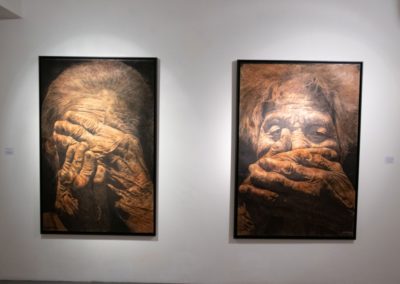 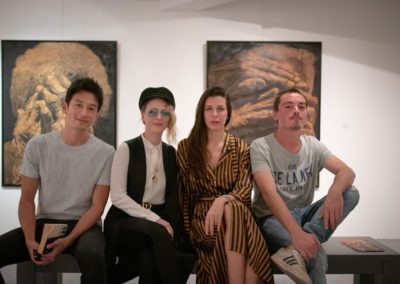 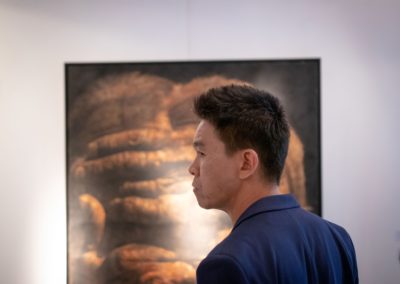