Born November 19, 1980 in Santander and based in Madrid since 2000 with a Bachelor of Fine Arts from the Complutense University of Madrid. Since its inception in 1997, his pieces on rail-roads and abandoned factories in his hometown were clearly recognizable. In parallel to his work in the street, Okuda also starts producing more intimate works in his studio, with which from 2009 evolves into a more personal way.
The multicolored geometric structures and patterns are joined with gray bodies and organic forms in artistic pieces that could be categorized as Pop Surrealism with a clear essence of street forms. His works often raise contradictions about existentialism, the Universe, the infinite, the meaning of life, the false freedom of capitalism, and show a clear conflict between modernity and our roots; ultimately, between man and himself.
In his work, multicolored geometric architectures blend with organic shapes, bodies without identity, headless animals, symbols that encourage reflexion … A unique iconographic language.
His works can be seen in streets and galleries around the world: India, Mali, Mozambique, United States, Japan, Chile, Brazil, Peru, South Africa, Mexico and the European continent among others. 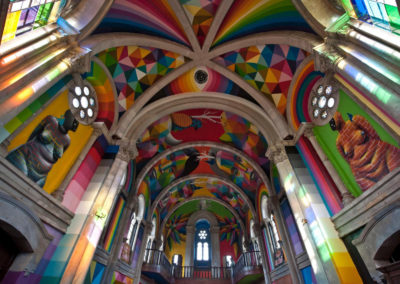 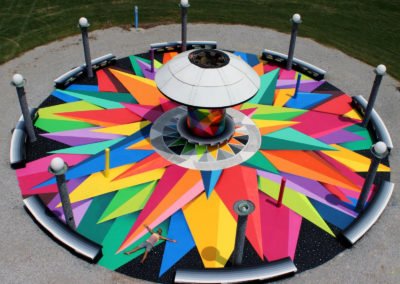 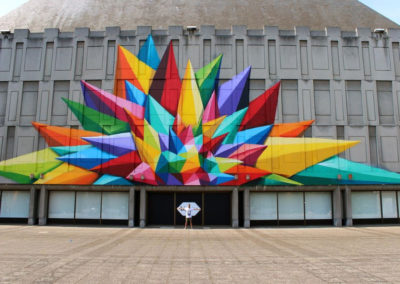 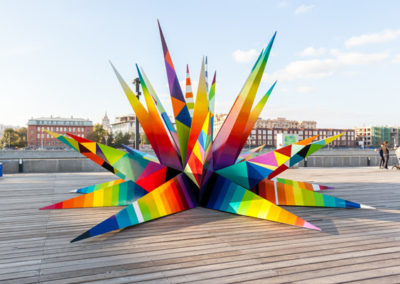 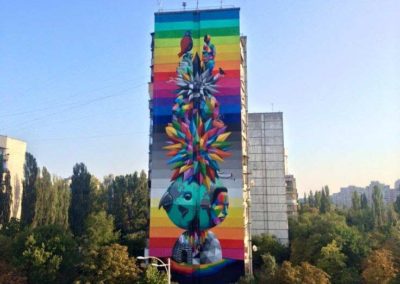 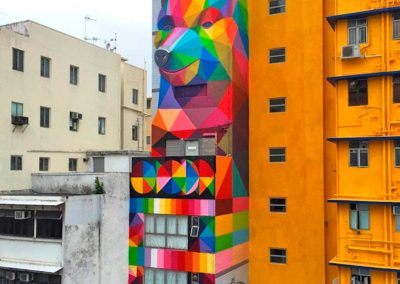 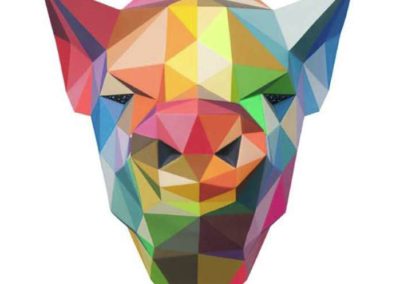 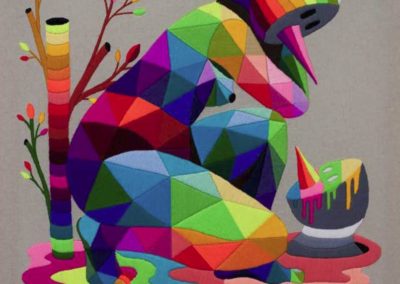 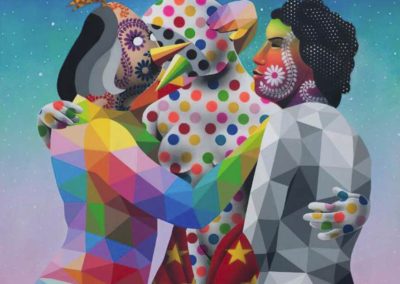 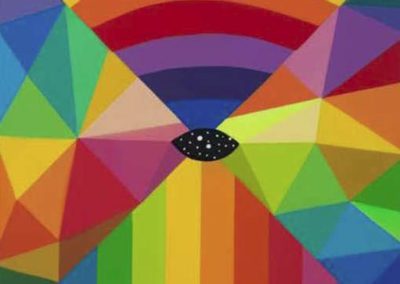 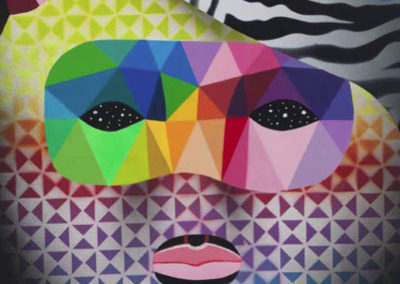